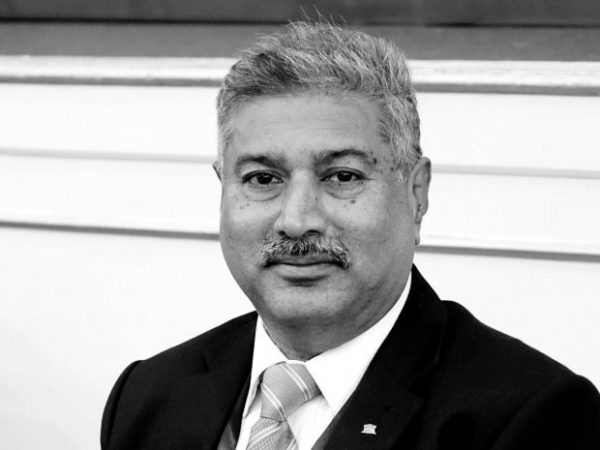 The Secretariat of the World Federation of UNESCO Clubs and Associations (WFUCA) is immensely sad to announce the sudden loss of our President of WFUCA, Mr Dhirendra Bhatnagar, who has left for his heavenly abode, on Sunday 17 May 2020, in Delhi, India, at the age of 65.

Born in 1954, Mr Bhatnagar, a prominent lawyer in India, dedicated his entire life in the field of UNESCO Club activities and promotion of programmes related to UNESCO and United Nations.

Having been actively associated with UNESCO Clubs movement in India and the Asia Pacific region since 1987, Mr Bhatnagar organized a number of National and Regional Training Programs, Seminars, and Workshops on important topics in the fields of UNESCO’s competence, particularly on Peace Education, World Heritage, Human Rights, Environmental Education, Sustainable Development, Education For All, International Understanding etc. Over the years, he wrote and published several books and articles to promote UNESCO’s programmes, including the production of a feature film “Babloo Ke Sapne” (Dreams of Babloo) to motivate out of school children.

Before being elected as the President of WFUCA, Mr Bhatnagar had been making contributions for years as Executive Board Member of WFUCA and the Vice President of Asia Pacific Federation of UNESCO Clubs and Associations (AFUCA).

In his capacity as President of WFUCA since July 2015, despite the difficult time we have been facing, Mr Bhatnagar has been leading WFUCA’s work and development, and devoted his efforts to strengthen the communication and collaboration with UNESCO and among members.

Under his leadership and guidance, several key events were organized in collaboration with members and UNECSO, such as the 70th anniversary of UNESCO’s clubs movement in 2017 and the International Youth Forum on Creativity and Heritage along the Silk Roads in 2019. He also devoted to reinforcing the relationship between WFUCA and UNESCO though constant dialogue, meetings and information sharing, and led the process of amendment of WFUCA’s Constitution. This enabled WFUCA to maintain its presence in UNESCO Headquarters, to maintain its regional federations, and to involve in UNESCO’s participation programme. Mr Bhatnagar also showed support by actively participating in the meetings and activities organized by the member federations and stakeholders around the world. Even until most recently, Mr Bhatnagar was working to propose initiative to UNESCO and mobilize joint efforts to combat the global pandemic.

Mr Bhatnagar’s enthusiasm, leadership, wisdom and true humbleness in his character has made him a most appreciated colleague and friend among us. He will be sadly missed but fondly remembered as the exemplary man he was.

We extend our deepest condolences to his wife, son, daughter, and all his family and friends.

Associations, Centres and Clubs for UNESCO

The Clubs, Centres and Associations for UNESCO are groups of volunteers of different ages and socio-professional status who become activists in the service of UNESCO’s ideals.

Global List of Associations, Centres and Clubs for UNESCO

Note: For those Associations, Centres and Clubs for UNESCO, as well as National Federations that are not included in this list, please contact the respective National Commissions for UNESCO of your country and request to update your information.

The name, acronym and logo of WFUCA are the intellectual property of the World Federation of UNESCO Clubs, Centres and Associations.

No individual or organization can use the name, acronym or logo of WFUCA without prior written authorization.

WFUCA undertakes all measures against misuse, unauthorized use or fraudulent use of its name, acronym and logo.

Should you have any questions, please contact the secretariat by secretariat@wfuca-fmacu.org