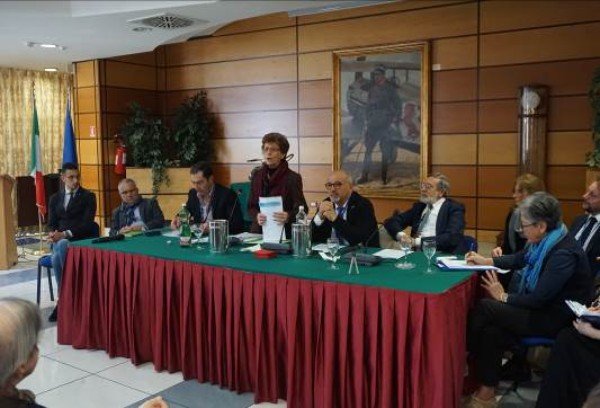 The National Assembly of the Italian Federation of Associations, Clubs and Centres for UNESCO (FICLU) took place on 5-7 April, with around 50 participants to a seminar entitled “Live in Peace. The contribution of Italian Clubs for UNESCO to the 2030 Agenda”. During the Extraordinary and Ordinary Assembly of the Federation, the 2019/2020 guidelines of the Federation were approved, focusing on the themes including the 2030 Agenda, education and training, promotion and safeguard of material and immaterial heritage, gender equality.

The French Federation of Clubs for UNESCO (FFCU), in collaboration with the Club of Chemins Buissonniers, Toulouse, successfully organized a series of events from 4 to 14 February for the International Day of Women and Girls in Science, which focused on the role of women scientists in the South and particularly in Africa. 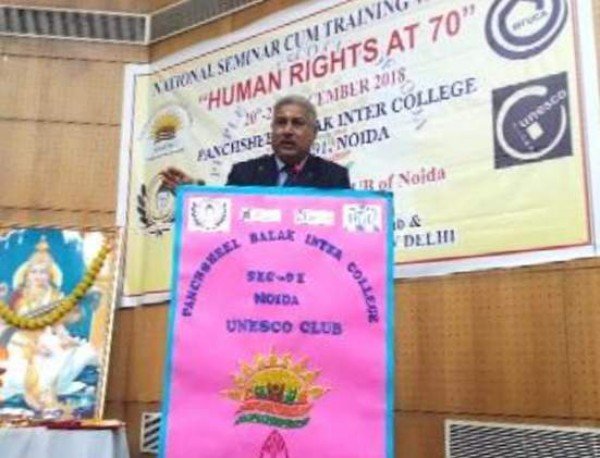 The Confederation of UNESCO Clubs and Associations of India (CUCAI), in collaboration with Peoples UNESCO Club of Noida, Uttar Pradesh, successfully organized a Training Seminar on the theme “Human Rights at 70”, from 20 to 22 December 2018, at Panchsheel Balak Inter College (Uttar Pradesh). About 100 UNESCO Club Leaders from 18 States in India and students attended the programme.

Confederation of UNESCO Clubs and Associations of India (CUCAI) in collaboration with People’s UNESCO Club of Manipur and Centre for Study of Social Exclusion and Inclusive Policy, Manipur University organized a Training Seminar on the theme “Youth and Agenda 2030”, from 12 – 14th October 2018 at City Convention Hall, Imphal, Manipur (North Eastern State of India). About 700 local youth and 58 UNESCO Club Leaders from 15 states attended the programme.

Lectures on topics related to Role of Youth in Achieving SDGs, Impediments of Sustainable Development, Skill Development and Education Programme for Rural Women and Cultural Heritage were organized.

As part of the programme, visit Myanmar Border, Cultural and Heritage Sites, performances depicting arts and dances of Manipur were organized. The event was widely covered by electronic and print media. 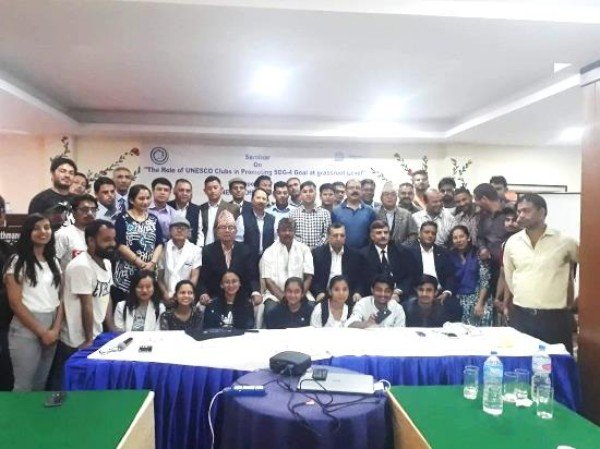 Organized by the Nepal National Federation of UNESCO Clubs, Centres and Associations, in cooperation with UNESCO Office Kathmandu, the Seminar “the role of UNESCO Clubs in Promoting SDG-4 Goal at grassroots Level” was successfully held on 26 September 2018, with participants from the Federation, clubs and youth representatives. 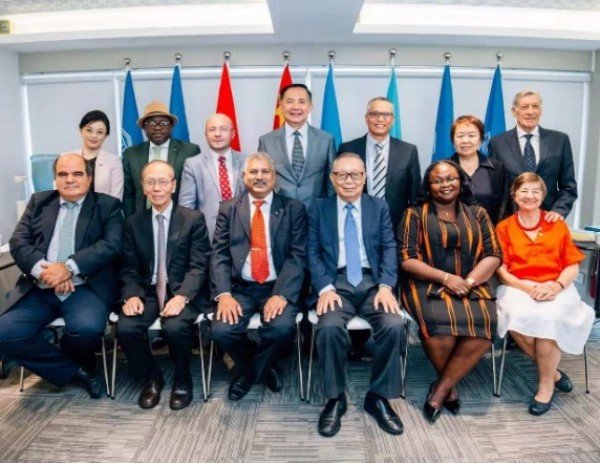 The celebration of the UN International Day of Peace was successfully organized in Sai Kung District of Hong Kong on 21 September. The President of WFUCA, Mr. Dhirendra Bhatnagar and the Honorary President Mr. Tao Xiping, together with 9 Executive Board Members of WFUCA, attended the celebration. During this event, WFUCA members held a conference with local Clubs to exchange ideas and experiences. From 8 to 11 August 2018, the UNESCO Summer University on “The Culture of Peace and Education for Sustainable Development” was organized by “Dimitrie Cantemir” Christian University in Bucharest, in cooperation with the National Commission of Romania for UNESCO, and the EFUCA. This project, inviting youngsters from countries such as Bulgaria, Belarus, Italy, Moldova, Romania, the Russian Federation, Serbia, Turkey, and the USA, focused on the themes of Peace culture and non-violence, World Heritage, Education and Sustainable Development.

As one of the most important youth cultural exchange activities, The China-Japan-Korea Youth Cultural Festival, with the theme of “Artificial Intelligence New Challenges” was held during 26-30 July in Beijing, China. This Youth Culture Festival was initiated by CNFUCA, NFUAJ, and KNFUCA in 2015 and held annually by the three countries.

During the five days forum, 36 young people from China, Japan, and South Korea participated in the Artificial Intelligence Summit Forum, delivered keynote speeches, experienced Chinese culture, and visited cutting-edge technology studios. The closing ceremony of the forum was highlighted by the presentation of the Youth declaration made by the young representatives which confirms the responsibility of youth in the age of artificial intelligence.

Within the framework of the celebration of the 70th anniversary of UNESCO Clubs and the 21st anniversary of the Club for UNESCO in Carrara, the Award Ceremony of the International Competition “Award Carrara Creative City – International Forum of young marble sculptors” took place in Carrara (Tuscany) on 28-29 July 2018. The event was under the patronage of WFUCA and organized by the Italian Federation of Clubs and Centres for UNESCO. This Competition, at its 4th edition, is a concrete example of FICLU’s commitment to work together, at the international level, for the promotion of the material and immaterial heritage with and for young people.

The aim of the Conference was to create an interactive platform for an exchange of best practices and ideas in the field of promoting and preservation of interethnic reconciliation and intercultural dialogue among representatives of a broad international community.

The International Conference was dedicated to the celebration of the 20th anniversary of the capital of Kazakhstan – Astana city and was held as part of the promotion of the International Decade for Rapprochement of Cultures for 2013-2022 and state program “Ruhani Zhangyru”.

More than 200 experts were united to discuss the issues of intercultural dialogue and sustainable development for UNESCO Clubs.

Based on the results of the Conference, recommendations were developed and further development directions for UNESCO Clubs aimed at achieving the Sustainable Development Goals identified. One of the results achieved at the end of the event was the confirmation of the status of Kazakhstan as a center of peace and harmony in the world arena, as well as increasing the level of leadership qualities of the youth of Kazakhstan and the Asia-Pacific region countries. The holding of this event was a kind of appeal inviting the UNESCO Member States to unite their efforts in promoting cultural rapprochement and achieving peace in their countries.